As the guests climbed the stairs to the salons in which the haute couture show was scheduled to take place, the palpable sense of excitement recalled the 12th February 1947, when Christian Dior presented his first collection here, too.

And the couturier’s spirit could be sensed in each exit of the collection designed by Lucie Meier and Serge Ruffieux for this coming autumn-winter season: ankle-grazing skirts, the Bar silhouette implicitly rippling through the show, the gold and silver embroideries of floral motifs so beloved of the couturier. And the haute couture ateliers exhibited their exceptional savoir-faire in creations whose colors were reduced to their simplest expression – black and white – thus allowing the artful cutting and characteristic architecture of the garments to stand out.

Devoid of any kind of nostalgia, this New Look 2.0 contains Monsieur Dior’s emblematic silhouette – “soft shoulders, proud busts, reed-thin waists and large skirts like blooming flowers” – but in deconstructed form, revisited to dress the women of today. The Bar jacket, that icon of the first Dior show, is representative of this approach: its softened peplums caress the body or are cut asymmetrically; its line is evoked through tops with godets, flounces or the addition of a pleat at the side.

The Bar jacket’s accompanying skirt has also been reimagined in a resolutely contemporary way: it reveals the secrets of its Corolle construction by showing the pleats and seams of its curving arches, or conversely sheds its volume to become fluid and transparent. What’s more, its pleats result in a series of experimentations: they fall obliquely, transformed into straps and decorating the edge of a train on cocktail dresses, or at the hem of a pant to better emphasize the liberated strides of today’s woman, as she pairs her haute couture outfit with flat sandals. 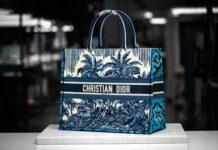 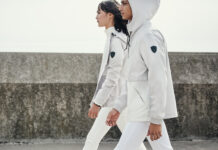 Dior presents the opening of a new store in Milan’s Galleria Vittorio...