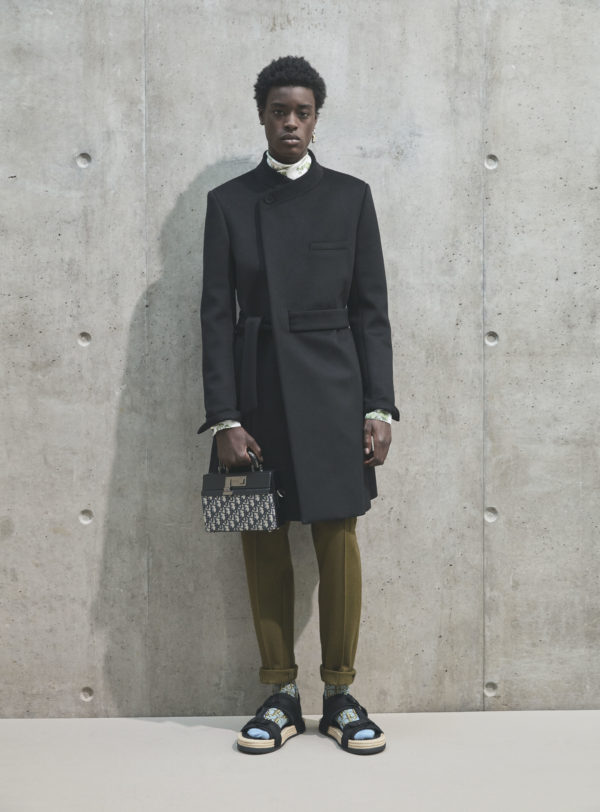 A Celebration of identity, of the power of creativity, of Art’s ability to transport. For Summer 2021, Dior Men’s Artistic Director Kim Jones collaborates with the Ghanaian Born, Vienna-trained Artist Amoako Boafo through an intimate, all-encompassing and honest cultural conversation that began in 2019. Their meeting at the Rubell Museum in Miami was artistic love at first sight; Kim Jones and Amoako Boafo have a true mutual admiration for each other’s work. 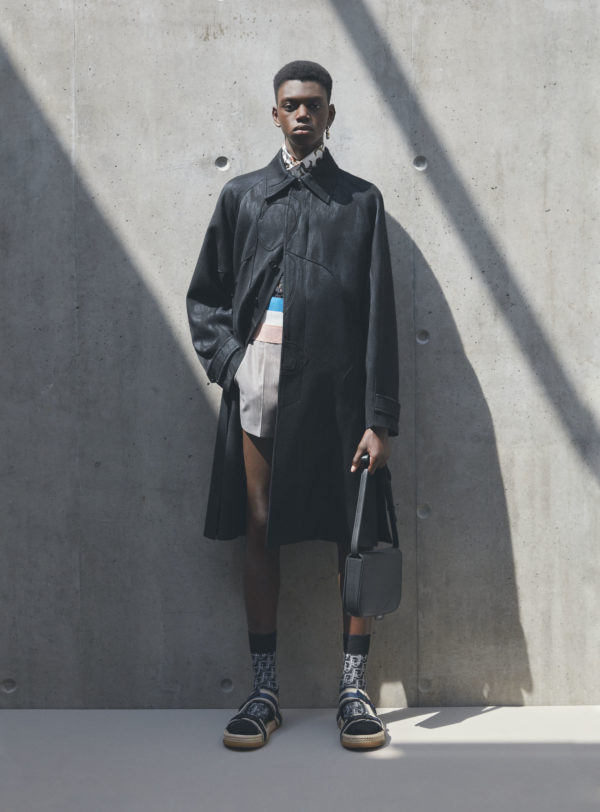 The African continent is a constant, infinite source of inspiration for the house of Dior, which for many years has woven steadfast bonds with artists and artisans from morocco to the ivory coast. Kim jones spent his childhood years across african countries: Botswana, Tanzania, Ethiopia, Kenya and Ghana. To kim jones, africa is home – the source of his formative images of life; a genuine connection, a real passion – its nature, its cultures, its people inspire him. And in reflecting that through clothes, jones turned to boafo, an artist who opens windows onto a contemporary african lifestyle – specifically of accra, ghana, which has a rich textile history – and transforms his everyday into the extraordinary. 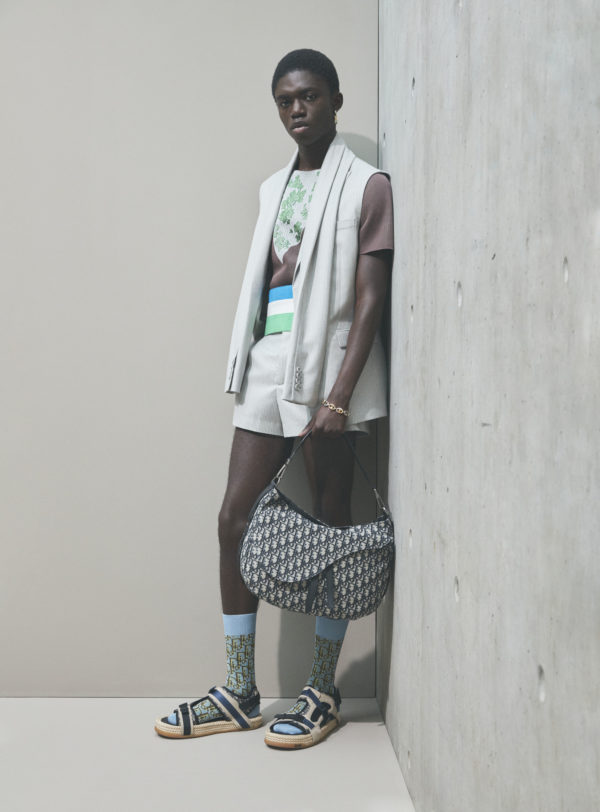 Boafo’s celebrated black diaspora portraits are explorations of his own identity and perceptions of blackness specifically black masculinity. Already expressive of a cultural fusion, here those artworks are transposed – literally and metaphorically – onto garments expressive of the techniques and histories of haute couture. Exploring the world, without moving. 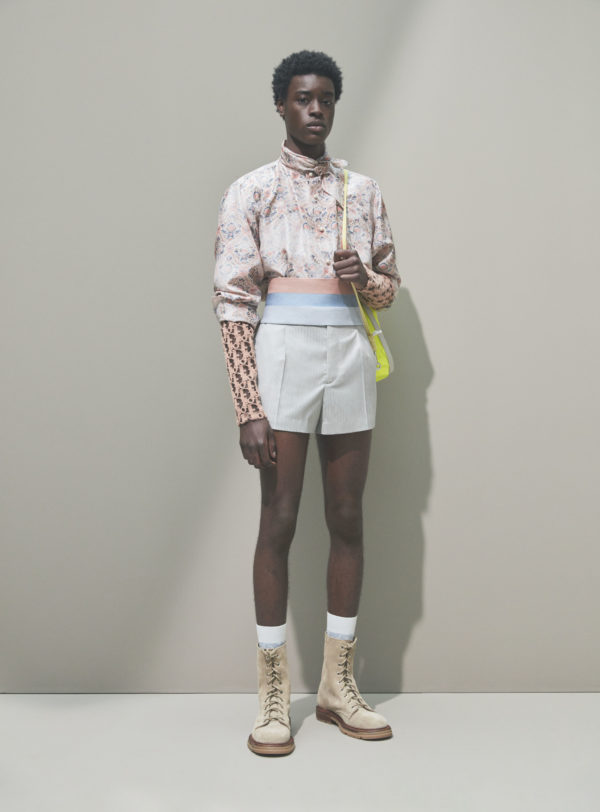 Each piece is a collaboration, a dialogue. Boafo’s artworks are inspiration but also an essential foundation. Colors are drawn from his vivid, near-surreal hues – fluo yellow saturates moiré, alongside blue, coral and green. Prints are drawn from the graphic patterns that characterize his work. A jacquard of paintbrush strokes is based on a photograph, taken by kim jones, of the richly textured canvasses in his studio. In reference to that threedimensionality, surfaces are intricately realized, printed and layered; ribbed knits, incorporating jacquard patterns, have the appearance of a painted canvas. In other pieces, embroideries, knitwear and intarsia literally translate specific works by Boafo to the wearer’s body. Silhouettes are narrow, streamlined, sportswear-influenced yet with the perfect tailoring characteristic of a couture house. 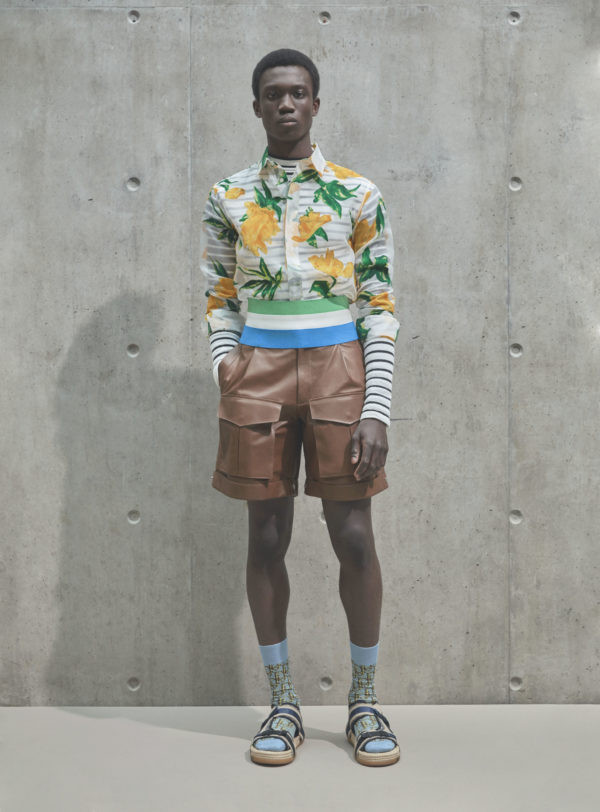 Unanticipated ties are discovered between this contemporary artist and the sphere of Dior – reflecting the depth and breadth of the Maison’s heritage. Boafo’s love of foliate textile mirrors Dior’s obsession with gardens and flowers; his bold color palette could be Dior’s. And a frenchness, evocative of the universe of Haute Couture, underpins every look: marinière stripes, Dior oblique embroidery on tulle. Embroideries by atelier vermont refer to pieces from Dior’s archive. Hats are basque berets by Stephen Jones. 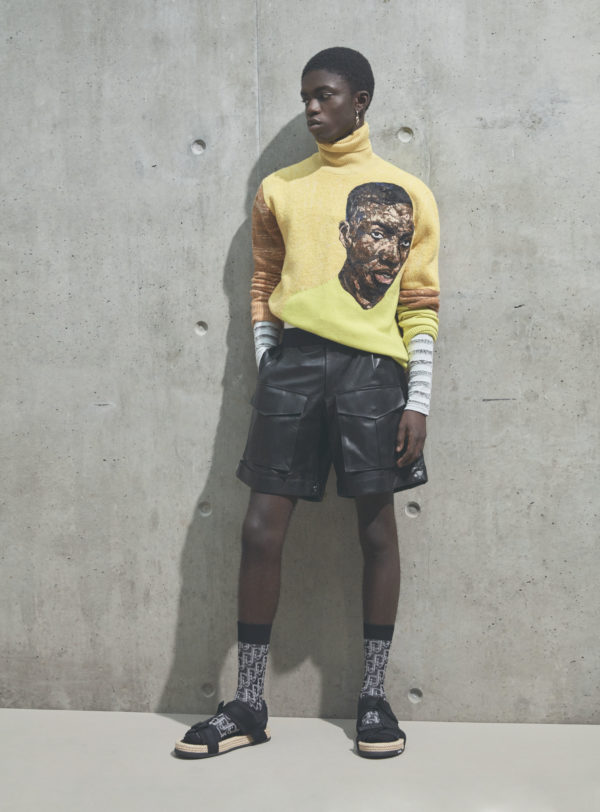 In these exceptional times, Dior reinvents its passion for excellence through captivating dialogues between fashion and creation in all its forms, from painting to film. At the crossroads of contemporary art and documentary, the video revealing the Dior summer 2021 Men’s Collection is presented in two parts: a first installment edited & sound tracked by the video artist Chris Cunningham with images shot in London and at Amoako Boafo’s studio in Ghana; and a second unveiling Kim Jones’s creations, directed by Jackie Nickerson. 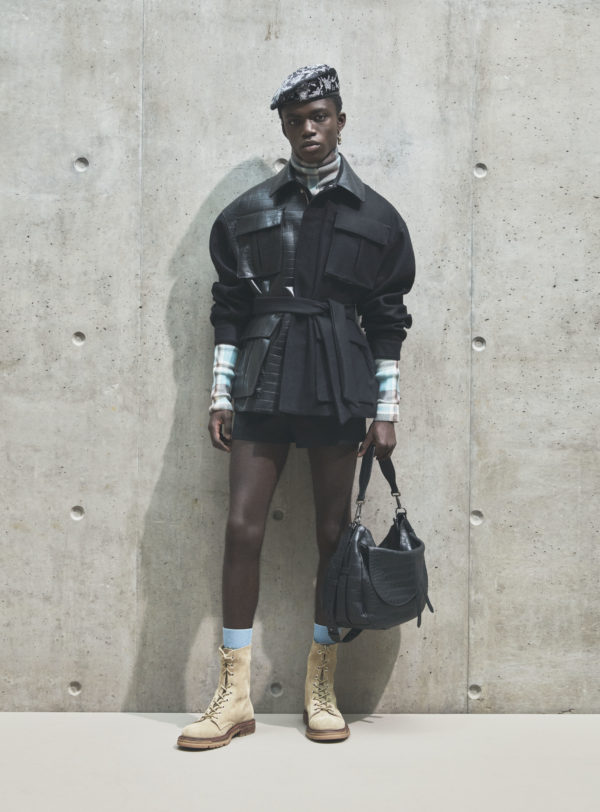 In a prolongation of these dazzling encounters, Dior perpetuates its commitment by highlighting and celebrating the work of young artists, a unique passion and heritage passed down by monsieur Dior himself. The house will lend its support to an art initiative spearheaded in Ghana by Amoako Boafo for the creation of a place of residence for young artists.