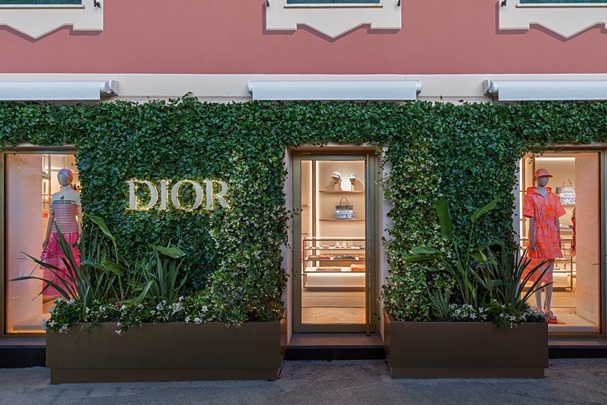 To celebrate Italy and its unique art of living, Dior has inaugurated a concept store* in Paraggi. Behind its green façade reflecting the bay, in the heart of the Italian Riviera, this new space highlights women’s summer creations designed by Maria Grazia Chiuri, including the Dioriviera capsule. Sunnier pieces from the men’s wardrobe by Kim Jones will also be featured.

A few steps away – close to Langosteria restaurant –, part of the Bagni Fiore beach club has been customized by the House and sublimated by vibrant green toile de Jouy. 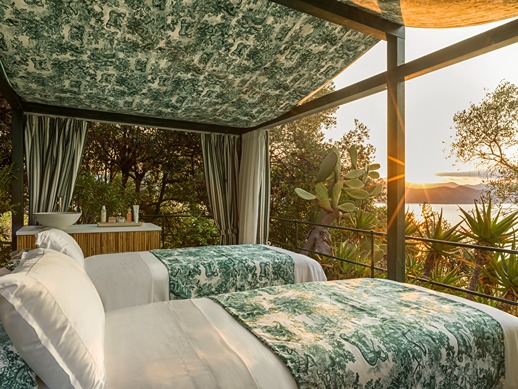 The elemental pattern elegantly dresses up the bamboo-ornamented bar and lounge as well as both terraces, the beach cabins and furniture such as sunbeds, cushions and parasols. As an ultimate surprise, an ephemeral Dior spa has been set up at water’s edge, while House wellness rituals reinvented in nomadic versions provide relaxation as you take in the rhythm of the waves and the sea breeze in one of the deckchairs. This interlude can be extended in gazebos installed in the gardens of the Splendido, a Belmond Hotel, Portofino, a mythical resort overlooking the sea. ** 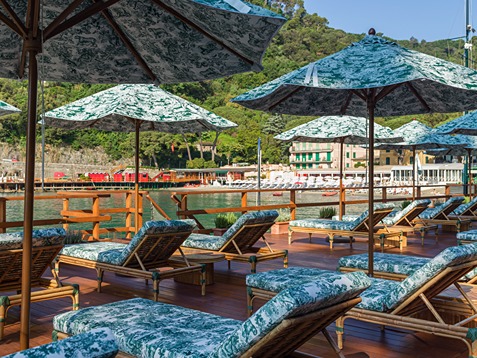 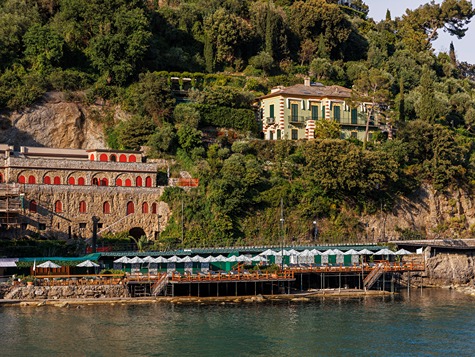 *Now open to guests.
**The Dior spas at Bagni Fiore beach club and Hotel Splendido will open on June 1, 2022.