In collaboration with Camera Nazionale della Moda Italiana, Fashion Film Festival Milano, the most important fashion film festival in the world, an international fashion and culture event, founded and directed by Constanza Cavalli Etro, celebrates its seventh edition with a new digital format during MFW Men’s from 13 to 18 January 2021.

Founded and directed by Constanza Cavalli Etro, Fashion Film Festival Milano is an international event. It is not a simple Festival, but rather a platform, a big cultural meeting point, where the Fashion Films from all over the world are presented and shown as testimony of the personality and talent of their authors, both new and established.

Different points of view, aesthetic, narrative and stylistic codes are mixed. A constant exchange of several artistic expressions, idioms, voices and experiences coming from all over the world. The inclusive spirit of the Festival can be seen also through the free submissions of the films and free admissions to the cinema, allowing everybody to participate to the competition, screenings and conversations.

Fashion Film Festival Milano founded and directed by Constanza Etro celebrates its seventh edition going digital and with a very important partnership with the Italian Fashion Council. The rich 7th Edition will be held from the 13th to 18th of January 2021, during the Milan Men’s Fashion Week on three platforms simultaneously fashionfilmfestivalmilano.cameramoda.it, on MyMovies.it and on fffmilano.com prior registration.

More than 200 fashion films in Competition selected from 900 received from 58 countries, an International Jury, 5 Conversations with leading figures, 4 Feature Films Premiers with the Director’s Introduction and Q&A, the two prestigious special projects #FFFMilanoForGreen and #FFFMilanoForWomen and finally a calendar of IG Live.

FFFMilano’s community will have the opportunity to vote for their favourite fashion film and declare the winner of the ”PEOPLE’S CHOICE AWARD”. The online voting will be available on the Voting Online Section in this site from the 13th to the 18th

Fashion Film festival Milan this year will embrace all the new challenges with the resilient, inclusive and democratic spirit that has always characterized it, carrying out a message for the world of unity through the freedom of creative expression. 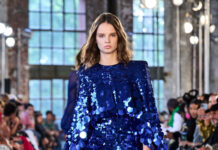 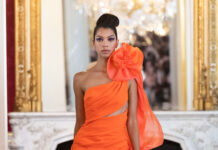