Greg Gorman is a legend. He belongs to a very small group of iconic Hollywood photographers, who, like George Hurrell in his time, is a master of light and wields his magic to produce stunning and memorable images. During the past fifty years, Gorman has created an impressive and distinctive body of portrait photography.

Those photographic works will now be published in a comprehensive retrospective monograph, titled “It’s Not About Me”, by teNeues

With more than 400 pages, the book features Gorman’s most iconic portraits such as Andy Warhol from the L.A. Eyeworks campaign, various shots of his long-time friends David Bowie and Grace Jones, a young Jerry Hall, and images from some of his most famous movie campaigns such as “Tootsie” with Dustin Hoffmann, “Pirates of the Caribbean” and “Cry Baby” with Johnny Depp, and “Scarface” with Al Pacino.

It also includes numerous color as well as black & white portraits of Hollywood idols which have never been published before.

Greg Gorman (*1949, Kansas City, Missouri, USA) found his true calling in 1968 when he took a picture of Jimi Hendrix during his concert in Kansas City. The photograph marked the start of his career as a personality photographer, lasting over 50 years. Gorman was later quoted as saying, “I never could take a photograph of anything that couldn’t talk back to me”. Many of his compelling black-and-white images would go on to appear on movie posters and CD covers, and grace the pages of magazines such as Life, Newsweek, Vogue, and Rolling Stone. Gorman’s photographs were featured more than a dozen times on the cover of Andy Warhol’s Interview Magazine.

One of the earliest portraits in the book is the image below of the legendary director, Alfred Hitchcock, taken in Los Angeles in 1970. The most recent one is of actor Robert Wagner at 90, taken in the Spring of 2020.

In his portraits, Gorman both reflects and critiques the alluring myth of Hollywood. The images, many of which were produced on assignment, are individual and formally diverse. Most of the them, however, came from personal sessions he held with the stars over the years based on their relationship. Gorman’s unique photographic style fuses with his client’s wishes and the impulses of his portrayed subjects in a remarkable mélange. His outstanding ability to quickly adapt to the person in front of him without reflecting his own personal ego, has enabled Gorman to become one of the most esteemed and beloved portrait photographers of our times. 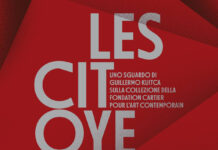 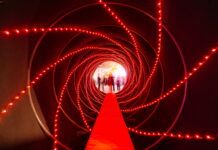 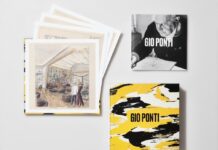