The German / Venezuelan director Jean Claude Billmaier creates a dance film that stages the process of exhaustion and the gradual explosion of everyday life. A work that brings together the work of different genes.

Nulla is the latest film by New York-based motion picture director Jean Claude Billmaier. The film represents a carefully constructed study of movement, with a crescendo of tension and energy being unleashed to an original score by long-standing collaborator, R&B singer and producer Toulouse.

Developed as a response to our work-driven lifestyles, Nulla visually expresses the daily struggle of the everyday person in winding down and resetting one’s energy levels back to zero. Tension is portrayed as having a life of its own; it slowly makes itself known, settles and then returns as a disruptive force seeking to be released.

This level of tension is achieved through Loni Landon’s dance direction and Evan Copeland’s powerful performance. Working within the confined space of a hotel room, Landon translated the director’s vision into frantic shapes and quick bursts of movement. In particular, she highlighted the performer’s physical confinement by focusing on specific body parts, such as the neck, hands and feet. The film was choreographed with no music and shot with a handheld camera, allowing Copeland to spontaneously experiment with movements, textures and rhythm and work on a fast and constant buildup and release of energy.

Toulouse’s original score complemented the action, crafting an emotionally eerie and surreal soundscape. This film was an opportunity for the musician to compose to dance for the first time. He elaborated on Billmaier’s theme of tension and release by portraying the initial body movements through a tense sonic design, while gradually building momentum with a constant pulsing rhythmic element. He then interpreted the dancer’s final energy release with a series of percussive, soaring beats. 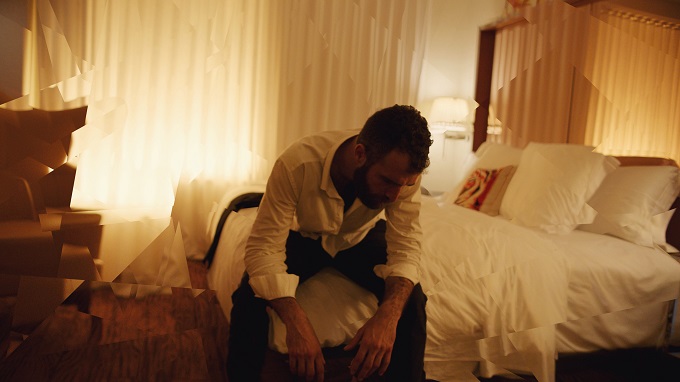 The addition of the over one hundred VFX shots amplifies the ecstatic, yet strenuous process of energy being discharged. By playing with the idea of invisible shards imprisoning us, Billmaier reflects on how our self-imposed restraints only become visible once we acknowledge them and are able to break away from them.