On September 26th at 3:30 pm CET, JAGGER, the fashion film produced for the event was broadcast on the digital platform of the Camera Nazionale della Moda Italiana.

“Milan has really been the home I have grown with fashion, starting out at Milan Fashion Hub 4 years ago. It’s wonderful to return again, and to have the amazing opportunity to showcase the work we do in the city I love. I look forward to visiting soon”. 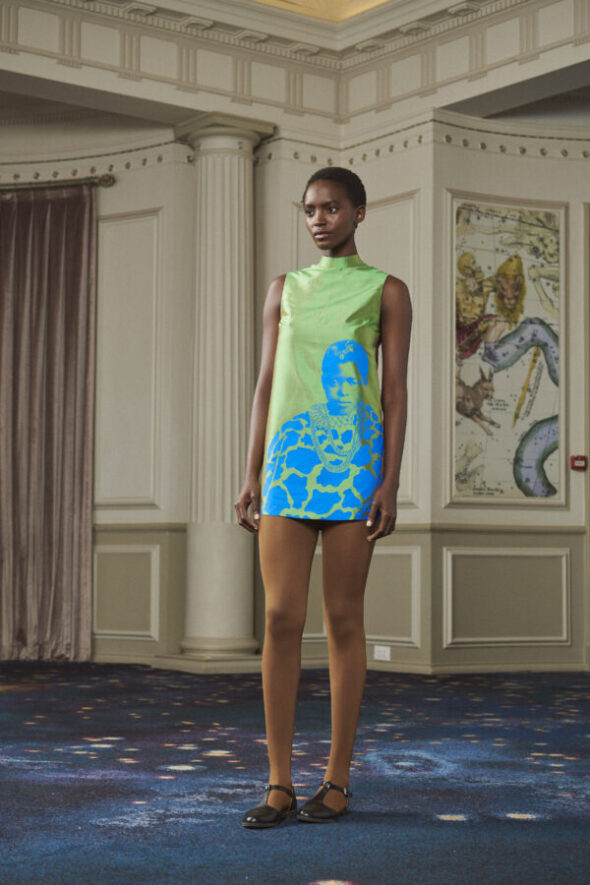 On the 18 of April 2021, one of the most important libraries on the African continent was caught up in a mountain fire. The result was the library, burned to the ground and the loss of the University of Cape Town Jagger African Studies Library. 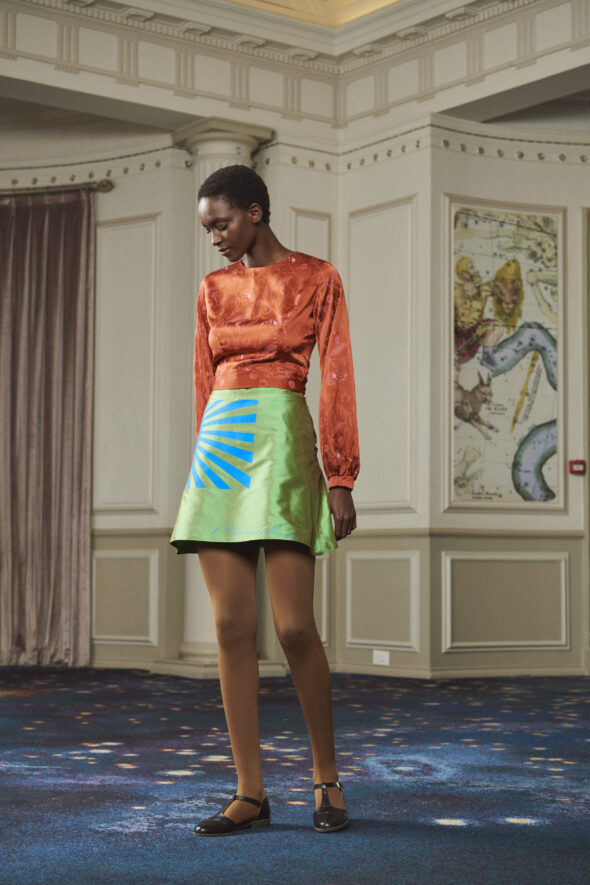 As a tribute to the JAGGER library, SINDISO KHUMALO SS22 collection speaks to the treasures that were lost in the fire. The books, the maps, the political posters, the great archives of African literature, both modern and traditional. Khumalo uses this collection as a point of reflection upon the archives housed in the University of Cape Town’s African studies’ library and by extension upon the monolith that is African Scholarship. Appearing throughout the collection are political posters, novels, maps, book covers and many other visual and textual resources that were burned in the fire. All symbolising the languages of freedom expressed on the continent through literature and storytelling. Two-piece suiting and tailored outerwear are a dedication to the librarians who built its archives. Long time muse, Charlotte Maxeke, a revolutionary activist in South Africa’s history, is echoed into some pieces of the collection. 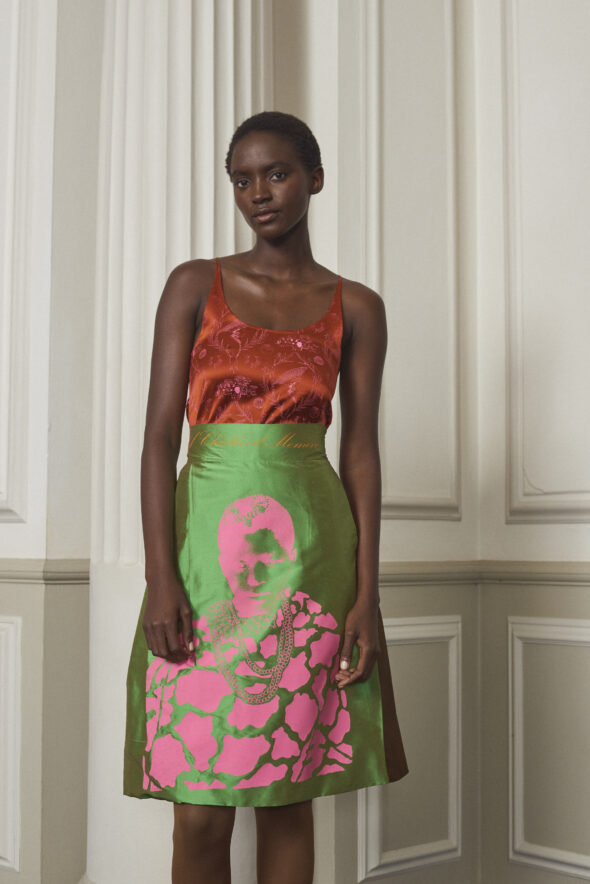 Long term collaborator Githan Coopoo, Cape Town based ceramic artist, is featured as the guest Art Director to the collection.

Set in Cape Town and in Table Mountain where the fire began, the movie was directed by Haneem Christian and represent a homage to the library and the treasures that were lost in the fire. Books, maps, political posters, the great archives of African literature. The true damage of the fire is still unknown, but with time one hopes we will rebuild what was lost. In a time of undisrupted mourning, we take a moment contemplate what was lost.