H&M has just projected their Spring 2018 collection in the virtually pleasing form of a fashion film.

Directed by Gustav Johansson and produced by adam&eveDDB, the film embodies female empowerment through the authenticity of actresses Winona Ryder and Elizabeth Olsen. 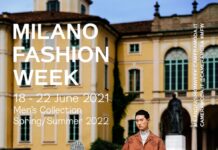