For his anniversary collection, Hussein Chalayan demonstrated the simple power of a collection of subtle, sensual, somber jackets and dresses. 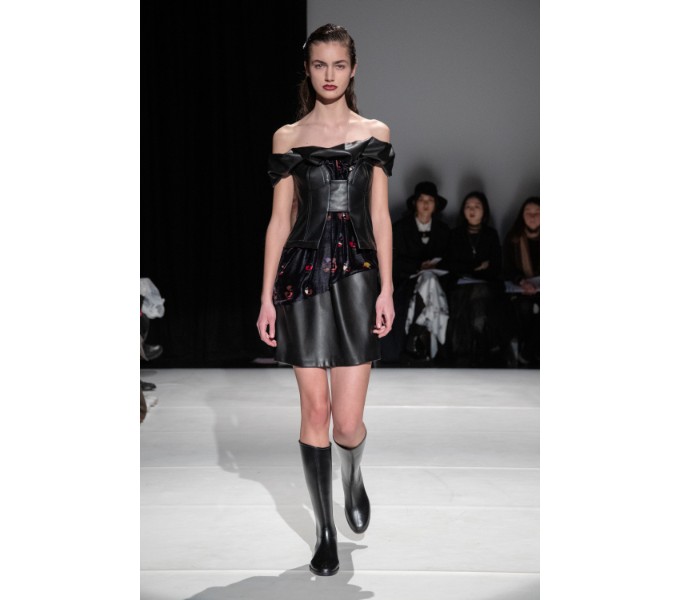 Pretension is often seen in a negative light suggesting, ingenuity, falseness and an attempt to appear as something not based on the truth. Accusation of pretension is also widely used in connection to class and education, where individuals can be heavily criticised when they are seen to be acting contrary to what is associated with their social background and status.

Use of the word ‘pretentious’ is often used in a mocking or in a contemptuous light. On the other hand, actors in films pretend and embody various characters, musicians write songs and create vid­eos, literature and art embodies imagined stories and scenarios, all of which shifts and transports us to other worlds. 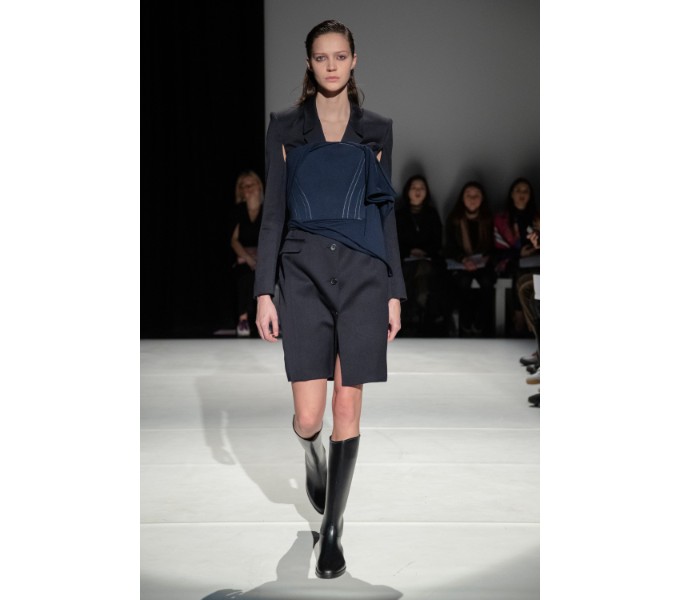 Pretence in all given facets of life, although seen in negative light in many contexts, is a necessary catalyst to help us look at the world in a more imaginative light. Enacted stories can teach us about facts, making matters otherwise difficult to fathom and easier to absorb. Pretence in all mediums can healthily lift us away from our reality, adding richness to the monotony of our lives.

The title ‘Pre-tension’ whilst recognizably encrypting the subject discussed, also means ‘applying tension to an object before use’, hence making it stronger and more resilient. 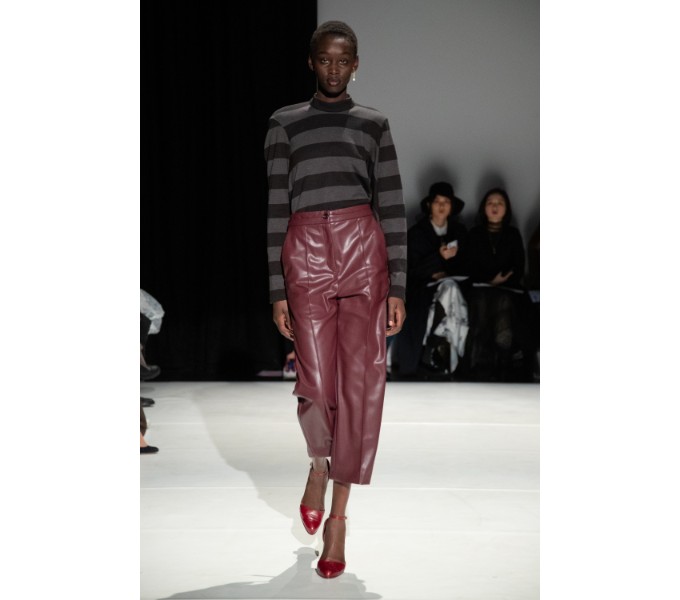 In this light the word pretension is represented as ‘pre-tension’ as a necessary ingre­dient to strengthen our experiences of the world as opposed to a fickle, condemning remark.

In a transporting ‘pre-tentious’ light, the Show collection is con­structed through a fusion of imagined Fetish riding gear and im­ages of women of ‘ill repute’ who were used as scapegoat figures in Shakespearean Era. 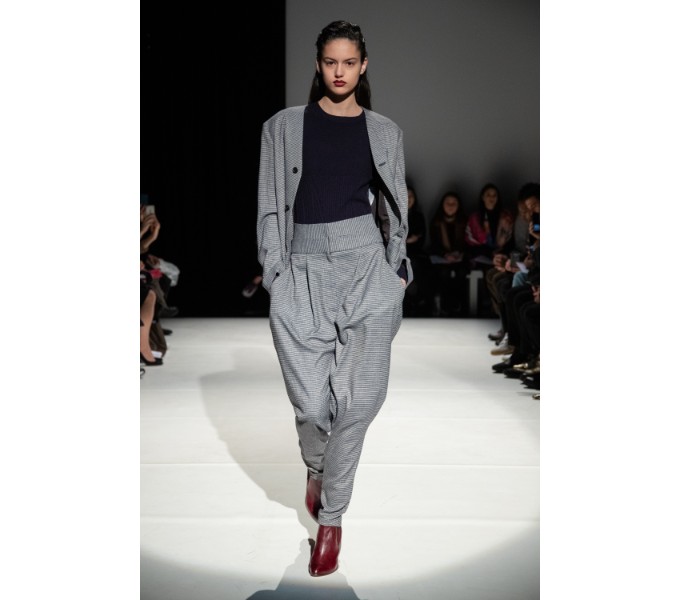 In order to reverse the Vulgar image of the historical represen­tations of women, the structure of corsetry itself is manipulat­ed to create empowering shapes with drapery used to reunite segments of a dismantled corsets. Corsets are also fused as if vacuum packed in layers of fabric to create new punctuations, which can be adjusted as desired to be closely fitted or flowing away from the body, giving control to the wearer.

Movements in the ultimately pretentious Culture of ‘Vogueing’ is used as an inspiration to create garment shapes in various positions, which when worn normally lead to various compositions and drapes determined by the specific ‘Vogueing” shape used in the process. 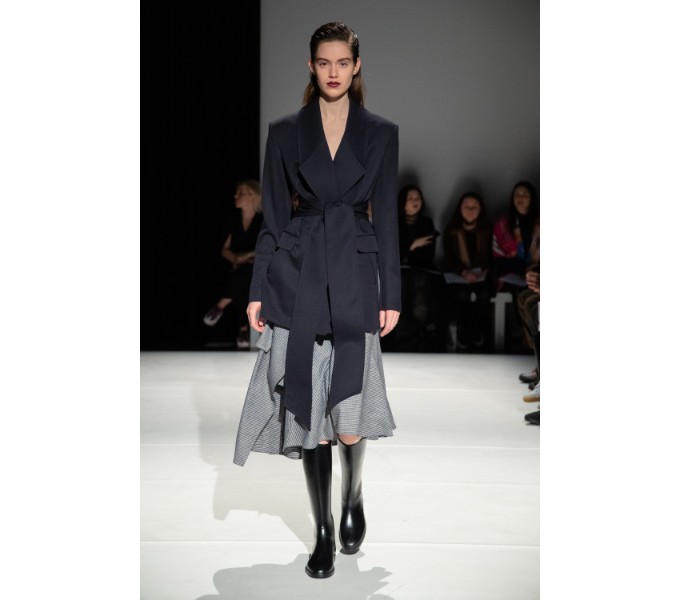 Face and head pieces using negative space created by Voguing move­ments across the face is combined with compartments for makeup tools, becoming a full ‘Kit’ for ‘pre-tension’ so to speak.

Fabrics inspired by a classic women’s luxurious wardrobe, are mostly light where warmth is achieved through deep pleats and layering.

The usual Chalayan sartorial black and white tailored wool pieces are com­bined with black fake leather and dogtooth patterned wool. Silks and satins come in burgundy, Yves Klein blue, deep petrol green and camel. A forest is stylized as a new 3D jacquard. Knits come in classic and pop colours, and more than ever before the knitwear gets punctuated with many shapes that are seen in the rest of the collection including a ver­sion of the corsetry, extending core ideas from the collection also into knitwear.

The final pieces of the show spells out “to be” in Japanese, To- Ka- Su. Each syllable dress is animated by a Bunraku agent, giving the word a sense of life by pretending to be the wind. 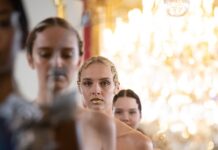