L’Arc de Triomphe Wrapped, an installation designed by the late artists Christo and Jeanne-Claude, has opened to the public in Paris. 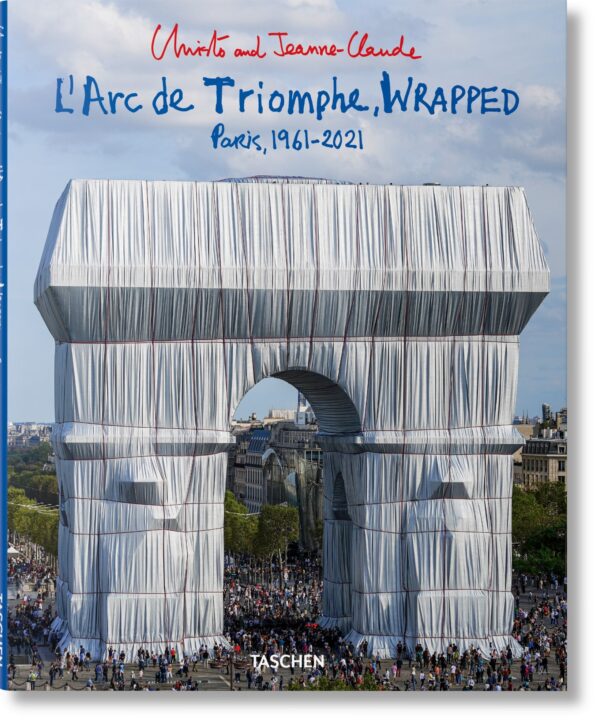 Christo and Jeanne-Claude’s posthumous work, 60 years in the making 1961, three years after meeting Jeanne-Claude in Paris, Christo made a study of a mammoth project that would wrap one of the city’s most emblematic monuments. 60 years, 25,000 square meters of recyclable fabric, and 3,000 meters of rope later, the artists’ vision finally came true. Discover their posthumous installation with this book gathering photography, drawings, and a history of the project’s making.

Like most of Christo and Jeanne-Claude’s work, L’Arc de Triomphe, Wrapped is temporary and runs for 16 days from Saturday, September 18 to Sunday, October 3, 2021. Carried out in close collaboration with the Centre des Monuments Nationaux, the historic structure is wrapped in recyclable polypropylene fabric in silvery blue and recyclable red rope. The project is the posthumous realisation of a long-held dream for Christo and Jeanne-Claude, who first drew up plans to wrap the Arc de Triomphe in 1961 while renting a small room near the monument. 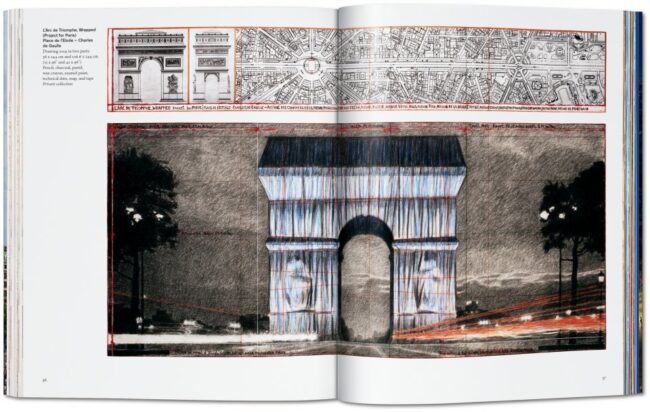 Published as a tribute to the late artists and their lifelong partnership, the book includes original sketches, technical data, and exclusive photography, creating a fascinating behind-the-scenes look at the genesis of this prodigious artwork. 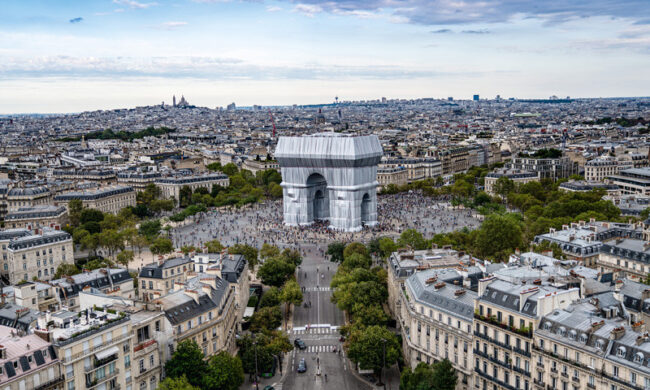 Wolfgang Volz has worked with Christo and Jeanne-Claude as the exclusive photographer of their works since 1971. He was also project director (with Roland Specker) for Wrapped Reichstag, Berlin, 1971–95 and (with Josy Kraft) for Wrapped Trees, Riehen, Switzerland, 1997–98, and was in charge of The Wall – 13,000 Oil Barrels, Gasometer Oberhausen, Germany, 1998–99 and Big Air Package, Gasometer Oberhausen, Germany, 2010–13. His close collaboration has resulted in many books and more than 300 exhibitions in museums and galleries around the world.

Jonathan William Henery is the son of Jeanne-Claude’s sister, Joyce May Henery. In 1993, he received a Bachelor of Arts from Fordham University. He is a musician and was Jeanne-Claude’s full-time assistant from 1996 to 2009, and continues to manage Christo’s office today. Jonathan has collaborated on numerous publications about their work.