The great hats of Dior, as chosen by Stephen Jones, one of the most revered milliners of our times. 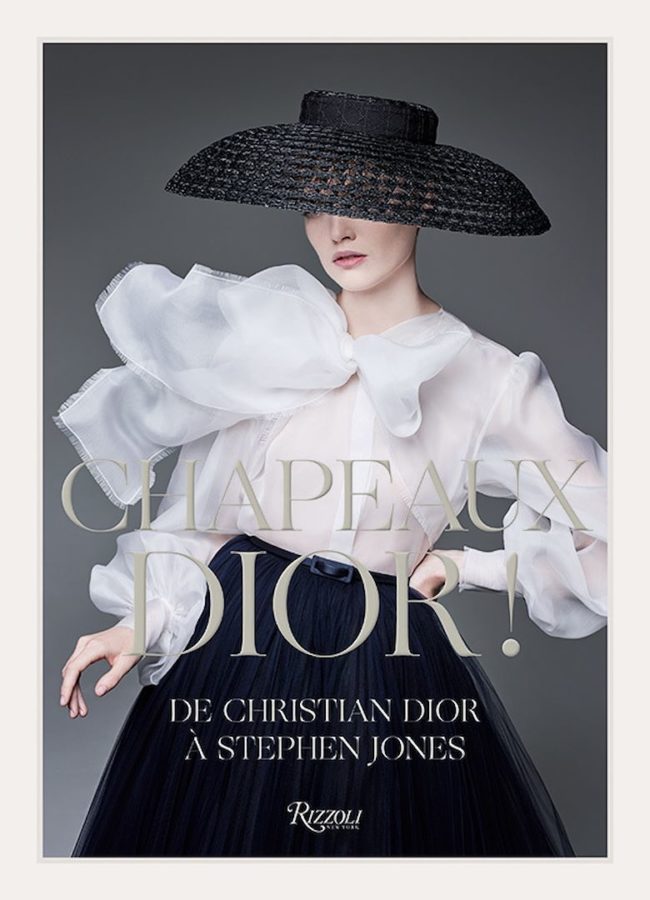 In Homage to Excellence of Savoir-Faire and the Art of Elegance, House of Dior presents the Book Dior Hats From Christian Dior To Stephen Jones (Published By Rizzoli Ny), unveiling over 70 years of Creative Passion*.

In Christian Dior’s hands, the Hat became a major symbol of French Haute Couture and Elegance. “It’s the best way to express your personality”, he wrote of his favorite accessory, which featured in every one of his twenty-two collections, from 1947 to 1957.

A series of exclusive, never-before-published Photographs by SØLve SundsbØ, as well as emblematic images by fashion’s greatest photographers showcase this key essential. A celebration of distinction at its quintessence.

Whether woven from straw, punctuated with sprigs of Lily of The Valley, shaped from taffeta or leather, ranging from whimsical bibis to delicate Bob Hats trimmed with veils – a nod to the marvels worn by Mitzah Bricard, the Founding Couturier’s Divine real-life Caryatid and collaborator – Dior Hats are a signature unto themselves, an embodiment of sophistication and femininity.

Compiled under the virtuoso eye of Stephen Jones** – Milliner to the House of Dior since 1996 – this unique tome unearths Archival Treasures, taking the reader on a fantasy Odyssey of discovery through a mix of words and images dedicated to these fascinating objects of desire.