On the eve on Art Basel in Miami, Kim Jones presents Dior’s Men’s Fall 2020 collection in a space opposite the soon-to-open Rubell Museum

Youth, vitality, the spirit of the new. Such were the founding principles of the new look Christian Dior designed in 1947, an original perspective on fashion and the world, a postwar renaissance. The couturier demonstrated his willingness to cross borders and explore new worlds, such as the american continent. His story and visionary philosophy inspired Kim Jones, Artistic Director of Dior Men’s Collections, to build on this dialogue by presenting his Fall 2020 show in Miami, Florida.

Embroidery, beading, materials and tailoring savoir-faire – tributes to haute couture and the house’s heritage – combine with psychedelic elements to create an aesthetic that draws on a multitude of influences. Fluid jackets in tropical wools sport hand-stitched buttons, reminiscent of the original bar suit, an icon of the new look, while a limited-edition metal version of the saddle bag is also revealed.

French berets and bob hats in the style of those worn by sailors, designed by Stephen Jones, Dior’s milliner, are embellished with flamboyant sprigs of flowers.

The house has always cultivated a passionate relationship with art, and this fascination is at the heart of Dior’s inventiveness now more than ever.

In this spirit, Kim Jones’s show is being held on the eve of the inauguration of the Art Basel Miami Fair. The show space, which is directly across the street from the Rubell Museum, is also owned by the rubells, and was chosen as an ode to monsieur Dior’s first vocation as a gallerist before he became a couturier.

The link continues in the collection itself, through Kim Jones’s invitation to the artist and designer shawn stussy*. Positioned at the intersection of counterculture and the creative world of surfing, this major, multifaceted talent has reinvented the dior logo in a graffiti style and created new prints. His vision is also interpreted in jewellery by yoon ahn. Conceived as an immersive installation, the show’s scenography plunges the audience into the artist’s universe: the runway is transformed into an abstract barrel wave lit by a sunset and tagged with myriad iterations of the letters in “Dior”. A celebration of freedom: of movement, creation and spirit. A joie de vivre dior holds dear.

As part of the Dior Men’s Fall 2020 Collection, the House of Dior and Kim Jones also partnered with the iconic basketball Label Jordan Brand on a limited-edition iteration of the Air Jordan 1 sneaker. Marking the first-ever collaboration between Jordan brand and a parisian Haute Couture House, this collaboration builds on the authentic cultural dialogue between france and the united states.
*in his own name, and independently from any partnership with the company Stussy, inc. Or the Stüssy brand. 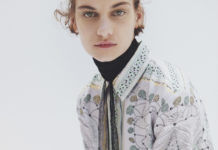 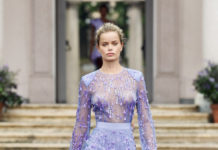 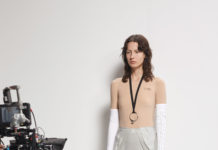