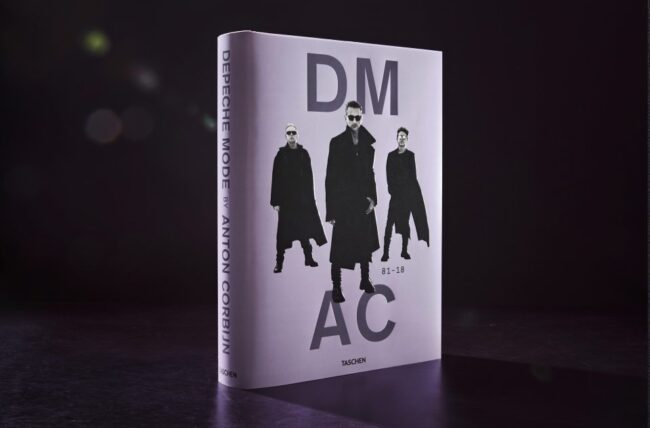 With over 500 images from Corbijn’s personal archives, some never seen before, as well as Corbijn’s handwritten captions, and an in-depth interview with the artist, this is the eagerly anticipated, wallet friendly successor to our 2020 limited edition. Created with the full collaboration of the band, DM by AC visually amplifies Anton Corbijn’s stunning impact on the world’s biggest cult band and celebrates one of the most creative and enduring collaborations in rock history.

Show You the World In My Eyes

In November 2020, Depeche Mode were inducted into the Rock & Roll Hall of Fame, and Dave Gahan, accepting the honour, said: “I’d like to thank Anton Corbijn who thank God came in at the right time and actually made us look cool.” Also in the fall of 2020, TASCHEN released the limited edition Depeche Mode by Anton Corbijn (81–18) signed by Depeche Mode and Anton Corbijn, and it became one of the fastest selling collector’s editions in the publishing company’s history. This equally epic, but more wallet friendly XL edition, is a testament to Corbijn’s unique vision, and indeed “cool” as Gahan acknowledged so movingly in his speech; a detailed illustrated history of how Corbijn, who became in 1986 the band’s de facto creative director, and helped cement Depeche Mode’s reputation as the biggest cult band in the world. 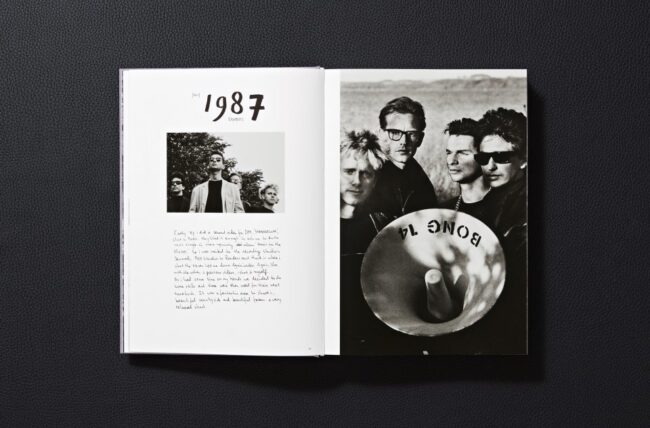 Featuring over 500 photographs from Corbijn’s extensive archives, some never seen before, including formal and informal portraits from places such as Madrid, Hamburg, the California desert, Prague and Marrakech (some taken during the making of iconic videos such as “Enjoy the Silence” and “Personal Jesus”); a multitude of off-the-cuff, candid images; and stunning live shots from all their tours since 1988.

In addition to the photographs, there are sketches and designs for stage sets and album covers, Corbijn’s handwritten captions throughout the book, placing the reader right in the middle of the shoots, and an extended interview with the Dutch master. 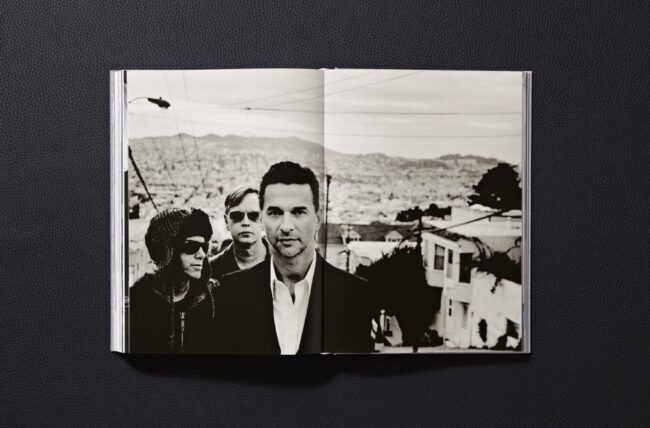 Created with the full collaboration of the band, who share some insights on working with Corbijn, Depeche Mode by Anton Corbijn (81–18) trumpets how one man’s original aesthetic, that has encompassed all of their photography, most of their music videos, album graphics and set designs, helped shape the band’s enduring popularity. Reflecting on his role in Depeche, Corbijn recalls in the book’s introduction: “A lot of it came down to me, and I wanted it to be right for them. I wanted to think for them. To be great for them.” This book is a tribute to the depth and breadth of that greatness, a celebration of one of the most creative and enduring collaborations in rock history. 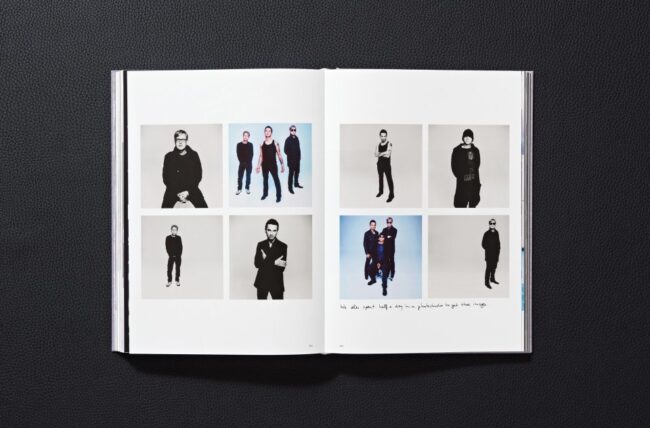 Dutch photographer, videographer, designer and film director Anton Corbijn is best known for his black-and-white photography of artists, which from the be-ginning included musicians, painters and actors. His approach to this work has been hailed as defining a new way of portrait photography with the emphasis on his guiding principle that imperfection is closer to life than perfection. From his humble beginnings as a music fan, he developed into an important globally heard voice in the photography world. For decades he has been a collaborator with many musicians such as Tom Waits, U2, Nick Cave, Metallica, Herbert Grönemeyer, R.E.M. and in this case Depeche Mode! Even after making films with the likes of George Clooney, Robert Pattinson or Philip Seymour Hofmann, he always returned to his first love, photography. He has had many museum shows over the years and resides in Amsterdam.

Reuel Golden is the former editor of the British Journal of Photography and the Photography editor at TASCHEN. His TASCHEN titles include: Mick Rock: The Rise of David Bowie, both London and New York Portrait of a City books, Andy Warhol. Polaroids, The Rolling Stones, Her Majesty, Football in the 1970s, the National Geographic editions, and The David Bailey SUMO.